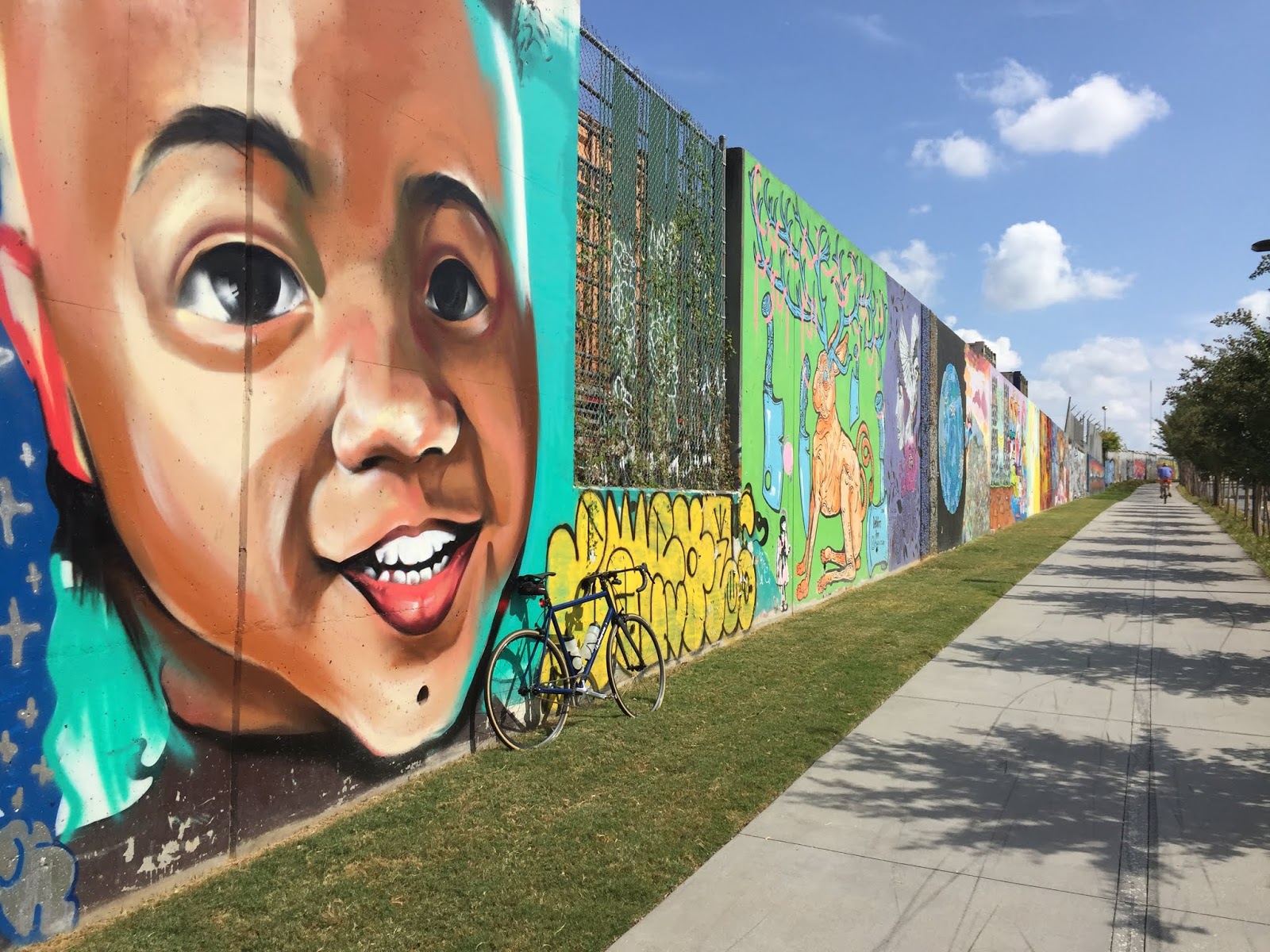 From skyscrapers and upscale shops to rough urban neighborhoods to tree lined streets lacking any indication of a major city, Atlanta is a amazingly diverse place. The 38 mile Tour d’Atlanta is a blatant attempt to pack as much of that diversity as possible into a morning on the bike.

The Tour d’Atlanta starts in Piedmont Park and is ridden in a counter-clockwise loop. Iconic locations are connected by urban paths and quiet neighborhoods each with its own character. Gritty Little Five Points, million dollar homes in Druid Hills, Georgia Tech & Emory University campuses, Virginia Highlands and eclectic Cabbagetown – all day could be spent exploring if you wanted.

Be sure to stop at Revolution Doughnuts for some vegan treats and spend some time looking at the artwork in Cabbagetown. Brash Coffee in the Altanta History Center is owned by avid cyclists so stop in and say hello. If you hammer the entire route and only stop at one place, make it the Martin Luther King Jr National Historic Site on Auburn Avenue.

Expect punchy climbs, some up to 10%. Atlanta is not flat! None of the climbs last longer than a minute however so effort is manageable. The Tour d’Atlanta route goes right down Peachtree Street which is virtually empty on Saturday and Sunday mornings and takes in the east side beltline.